Tips for Celebrating Songkran in Thailand

In Thailand, there are two New Year celebrations – one on 31 December and then one in April. But, the celebration in April isn’t what you’d imagine. Fireworks, a countdown, a night of partying and being with a special someone isn’t the name of the game. Instead, the Thai New Year celebration – known as Songkran – is a three-day festival where instead of a ball dropping, there is a massive water fight. Instantly, revelers are taken back to days of childhood when getting soaked with a squirt gun was the highlight of the day. 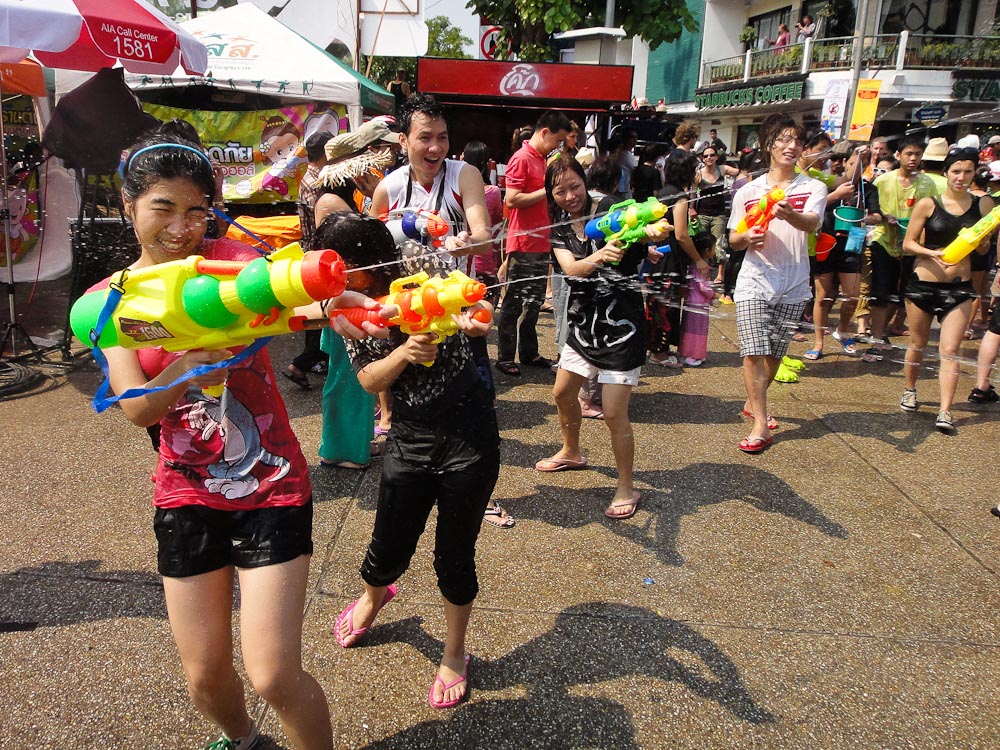 While the biggest party – dubbed the world’s largest water fight – is the Songkran celebration in Chiang Mai, the rest of the country still manages to ring in the Thai new year with much fanfare.

Songkran hasn’t always been a three-day water fight. While the celebration originally did involve water, it was on a much smaller scale. Water, which had been poured over Buddhas, was then poured over people’s shoulders as a blessing for good fortune. Today, it has evolved.

We don’t want you going into the water fight empty-handed, so here are some tips to live it up during this epic event which takes place 13 – 15 April, 2014.

1. Make sure you have an arsenal.

Fortunately, you don’t need to import some super, heavy-duty water gun to the country. In the days leading up to Songkran, little shops pop up selling buckets, PVC pipes-turned water guns, squirt guns and more. If you have phones and camera, don’t skimp on that all-important plastic case to protect your goods. After all, what good is a photo of you drenched if your phone or camera is waterlogged?

2. Be mindful of where you are drenching.

Skip aiming for the eyes and face, especially with the young and old. While some tourists will get you good with icy water straight in your eyes, the polite etiquette is to go for the shoulders or torso.

In Thai culture, Songkran initially was celebrated by dousing water over the shoulders. It’s considered a blessing or good luck and something many Thais will do to you, and you should reciprocate.

4. Don’t run about in your swimmers.

The Thai culture is conservative. Walking around in a bikini or shirtless isn’t respectful. If you really want to keep the swimmers on, wear them under your clothing. Unless you are on the beach, keep the swimsuit attire out of sight.

5. The people covered in slickers really, really don’t want to get wet.

So, be kind, and skip dousing them with water. Not everyone celebrates by getting soaked. And, while the towns basically shut down for the New Year, it doesn’t mean people don’t have things to do that doesn’t involve them being drenched.

6. Be prepared for the icy waters.

April is one of the hottest months in the country, and the best way to cool off is icy water. It’s refreshing, when you’re prepared for it. Expect freezing blasts from time-to-time. It’s par for the course, and once you get over the initial shock of the cold, it is the perfect way to cool off from those blazing temperatures.

While wandering along streets, you may be approached by Thai people with bowls of talc mixed with water. If someone comes up to you and smears it on your face or body, let it happen. It’s a blessing.

8. It goes beyond just a water fight.

There are deep-seeded cultural aspects to Songkran, which can be found by heading into a wat or temple. You can give food to monks and watch praying.

Songkran is a time where the country gets happy. It’s hard not to smile during a water fight, and this three-day one results in a general great mood from most. If you don’t want to get wet, stay inside.

Shop 'Til You Drop: The Bangkok Market Guide Next post 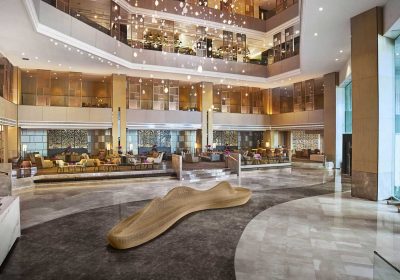 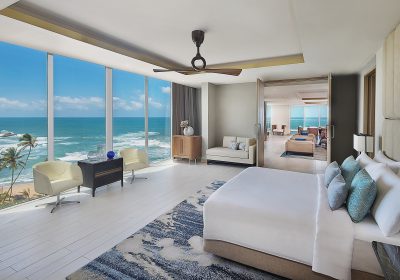 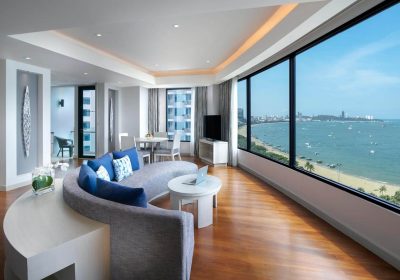 6 Suites to brighten your stay at Amari